Do I Have A North Carolina Car Accident Claim?

Home » General Blog » Do I Have A North Carolina Car Accident Claim? 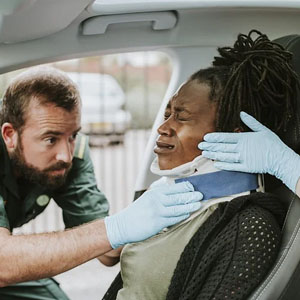 How do you know if you have a car accident claim?

Should you make a claim on the other driver’s insurance, or your own insurance? Can you file a lawsuit asking for the court to order the other side to pay your damages (medical bills, pain and suffering, and all other categories of damages you are entitled to based on the facts of your case)?

There are three factors that will determine whether you have a valid car accident claim:

Do I Have A Car Accident Claim?

The 3 Considerations Of A Claim

If the other driver was negligent or if their conduct was intentional, they are liable to you for the damage that they caused.

Also, the other driver must have been 100% responsible for the accident. Unlike other states, NC follows the antiquated contributory negligence rule. This means that, if you were even 1% at fault in the crash and the other driver was 99% at fault, you cannot recover any damages.

If the other driver was 100% at fault through their negligence or intentional conduct, they are liable for all damages that were proximately caused by the accident.

But what if the defendant runs a red light, crashes into your car, you suffer a serious head injury, and then the doctor in the emergency room commits medical malpractice causing your death?

Do You Have Damages?

You do not have a valid car accident claim unless there are damages that were proximately caused by the other driver’s negligence.

If the other driver was negligent, but no one was hurt, and there was no property damage, you do not have a car accident claim – there may have been a wrong, but there is no remedy under the law.

Is There A Source Of Recovery?

Finally, there must be a source of recovery, whether that is an insurance policy that will pay the claim (or verdict) or a defendant with assets you can collect against after a verdict.

Common sources of recovery after a car accident include:

If there is no source of recovery, there is no valid car accident claim – you could file a lawsuit and win your case at trial, but that would involve spending money knowing that you cannot recover at the end of the case.

Sometimes there is a wrong without a remedy, and if there is no source of recovery, a judgment is nothing more than a piece of paper with numbers on it.

Questions About Whether You Have A Car Accident Claim?

If you are not sure whether you have a car accident claim, your NC car accident lawyer will help you to determine whether there is 1) liability, 2) damages, and 3) a source of recovery.

If you have a valid car accident claim, we will investigate your case, gather the evidence you will need, demand payment from the insurance company, and file a lawsuit if they do not pay full and fair compensation.

If you have been in a car wreck that was caused by someone else’s negligence, do not lose hope! Call Northstate Auto Law now at (336) 999-0944 or send us a message through our website to talk to an attorney who cares.