Dealing With Uninsured And Underinsured Drivers 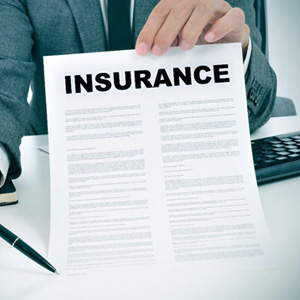 In this article, you will learn…

I was running a claims company out in Texas when they decided they didn’t need me anymore, packed up my stuff, and rather unceremoniously left it out front for me to pick up. My wife and I moved back to North Carolina, where she ended up buying a business where I worked with her on insurance claims.

After about two years, I decided I wanted to get back into the industry, but I didn’t want to work for an insurance company. There’s only two sides to this industry, so I decided to go to law school and become an attorney.

Can I Recover Financially For My Injuries If I Was Hit By An Uninsured Or Underinsured Driver In North Carolina?

Yes, it is possible for you to recover financially for your injuries even if you were hit by an uninsured or underinsured driver in North Carolina.

If you can identify that there was actual physical contact between your vehicle and the party’s vehicle who doesn’t have insurance, you can call in your uninsured motorist coverage on your insurance policy. Your insurance company will then step in and cover that vehicle as if it was the insurance element.

If you’re involved in an accident where the other side doesn’t have a sufficient amount of insurance to cover your damages, then you would have the ability to file on your underinsured motorist coverage.

Is There A Deadline To File An Uninsured Or Underinsured Motorist Claim In North Carolina?

You technically have three years from the date of the crash to get a claim resolved or file a lawsuit in accidents involving an uninsured motorist. However, as you’re filing on your own policy, there is a positive requirement that you give notice as soon as you realize that the other vehicle doesn’t have any insurance or that you don’t know who the other vehicle is. In those cases, it’s best to give notice as soon as possible.

What Happens If An Underinsured Or Uninsured Motorist Coverage Does Not Pay For All Of My Medical Bills Following An Accident?

If there’s a limited amount of insurance as compared to the amount of medical bills, there are state and federal laws that oversee how those funds are dispersed. This is so that the injured party still receives something even if there’s not enough monies to cover all the medical bills. This is one of the primary reasons that you should hire an attorney in these cases, to ensure you’re getting the most compensation that’s available to you.

My Insurance Company Denied My Uninsured Or Underinsured Claim, Is There Anything I Could Do?

You should consult a lawyer immediately to help you navigate the process of uninsured or underinsured claims. This is because these claims require that the injured party does certain things. If you fail to meet these requirements, you can very easily lose your claim.

For more information on Accident With Uninsured/Underinsured Motorist, a free initial consultation is your next best step. Get the information and legal answers you are seeking by calling (336) 999-0944 today.